← more from
March Hare Music
Get fresh music recommendations delivered to your inbox every Friday.
We've updated our Terms of Use. You can review the changes here. 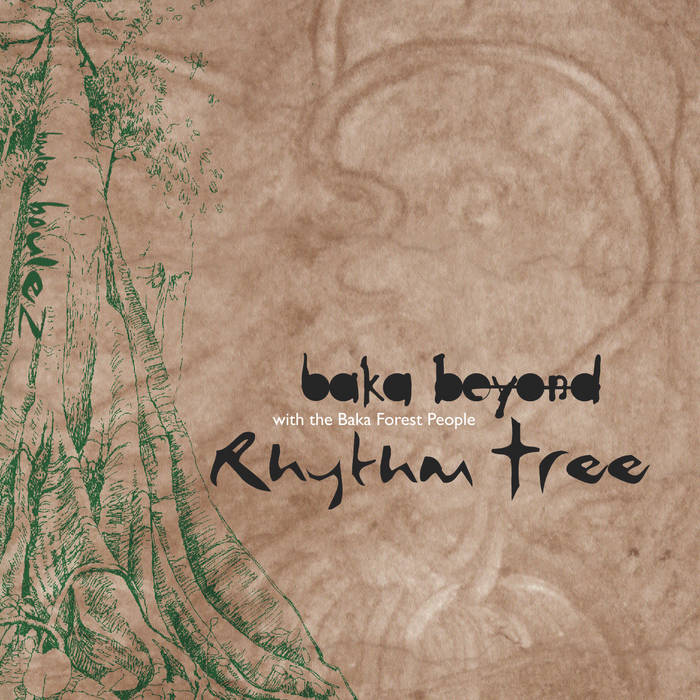 "Guitarist Martin Cradick and singer Su Hart began their collaboration with the Baka pygmies of Cameroon in 1992, releasing Spirit Of The Forest the following year. Since then, Baka Beyond has grown to an eight-piece touring group and released five more albums. This is the sixth...

After so many years, a genuine understanding has developed between these Bath-based musicians and the people of Banana village. The various source forms are now interwoven, and subject to ongoing dialogue and development. The album seems to represent a circular journey, during which Cradick and company assimilated the Baka music, blended it with (primarily) Celtic or Gaelic traditions, and have now reached a kind of perpetual feedback situation.

Although the band features players from the UK, Cameroon, France, Sierra Leone and Senegal, each member shares their musical foundation: open to influence, but without any dilution of content. The end result is a particular fusion which isæ unique to Baka Beyond.

Recorded in the field and at home in the Baka Beyond studio, Rhythm Tree is blessed with a scintillating production, pressing the largely acoustic sounds deep into the ears. Su Hart has introduced old Scottish songs, which sit naturally on top of West African guitar cycles. The sensitively electrified violin of Paddy Le Mercier is often at the forefront, sweeping and swirling with lubricated grace. At the climax of "La Londe", he breaks out into a spirited reel, completely changing the direction of this Baka children's song. Ndongo twangs a Baka mouth-bow on the title track, providing its rhythmic spine. The Pygmies are also refining their guitar skills, as heard on "Kobo", which they have dedicated to 'old man' Cradick himself.

Music and dance are an integral part of daily life for the Baka people. Cradick and friends have been committed to ploughing funds back into the community, culminating in the construction of a 'music house' in 2003.

Whilst Baka Beyond do skirt the boundaries of new age global hippy fusion, their music is virtually immune to cynical negativity, so forceful is its optimistic energy. There is a consistent fruity bounce to their tunes, but they never succumb to blandness."

A portion of the royalties of this album will be returning to the Baka and their community through the charity Global Music Exchange.

After 25 years of mixing African and Celtic music in equal measures Baka Beyond has become one of the finest danceable bands around, creating the sound of the global village.Not just a touring band, Baka Beyond have a unique relationship with their inspiration – the Baka Pygmies of Cameroon – sending royalties to help their development projects, and even touring with Baka musicians. ... more